The year is 2019 and streaming is more popular than it’s ever been — all thanks to platforms like Twitch and YouTube. Although there are a number of streaming categories, the one that truly stands out from the rest is gaming.

If you’re looking to become a gaming streamer, then this article is perfect for you. In particular, I’ll try to build the best dedicated gaming PC that you can find on the Internet and you can follow through (keyword: try). One more thing, we’re also going to have a look at the setup of other famous streamers in order to catapult you over average equipment. If I’ve made this clear, let’s begin!

In case you are unaware of what a dedicated PC is, let me present you with an introduction. In an ideal world, there’s a computer that is capable of handling both your gaming and streaming activities at the same time. However, PC’s still lag, especially at the worst possible time.

Even if you have a PC with high specs, it is almost certain that you’ll face lagging issues when you’re streaming whilst playing fast games with high frame rates. For this purpose, most streamers have two PCs in their setup: one for gaming and the other one for streaming — the latter is referred to as a dedicated PC.

Having a dual PC streaming setup not only reduces the load on each computer but also gives you the ability to multi-task. Chatting with your Twitch fans or editing something whilst the game is loading for example. This ultimately helps you stream at a high-quality resolution without any lag and create videos on the go.

Due to the various benefits of having a dedicated streaming PC, we’ll build one that incorporates all the components needed to ensure that your streams don’t face lag and perform at an F-ing high standard.

I am well aware of the fact that there are numerous pre-built PCs available in the market and many people go for them. However, I personally prefer building custom PCs solely due to the fact that pre-built computers won’t always have everything you need. If you feel the same way, let’s discuss some hardware!

On this mission to build your own dedicated PC setup for streaming, the first task is to identify all the basic components that make up this type of setup. Accordingly, we’ve listed and discussed them down below.

What’s the point of having a dedicated PC setup if you can’t control each computer individually? Considering this, you’ll need a monitor for each PC you use, which gives you the ability to multi-task. One monitor can display the game, and the other can show the messages you’re getting from your Twitch viewers. This could be great in case you really like to interact with your fans whilst streaming.

You can’t build a dedicated PC setup without two PCs. One for gaming purposes and the other for streaming. Since both these computers will have different uses, this should be reflected in hardware as well.

For the gaming PC, you’d need the best GPU out there so you can play any game you want to without any lag. On the contrary, the streaming PC requires a powerful CPU in order to stream at the best resolution possible. Once you get such a CPU, you can even get away with not investing in an external GPU as the built-in one would be more than enough for streaming purposes. Therefore, it is really important to consider their uses before choosing both of your computers.

With that said, there is a substitute for using capture cards: NDI. This might not be the optimal solution, but if you’re in a hurry and don’t want to spend some bucks, NDI could be the perfect fit for you. Accordingly, setting up a 2 PC streaming setup without a capture card is possible. Here’s a Reddit thread on NDI vs Capture cards in case you are interested

Now that we know about dedicated PCs and their basic components, it’s time to discuss the actual products. And, what better way to do so than talking about what the best in the game are using right now. So, let’s have a look at what different Twitch streamers have on their dedicated PCs.

This is the most important component of any dedicated PC. As I mentioned earlier, your ideal setup should have a really powerful and robust CPU in order to process and stream high-quality videos. Therefore, let’s discuss the top processors available in the market right now that also happen to be used by the top Twitch streamers.

If you want to follow the foot-steps of Twitch King, Ninja himself, then go for this beast of a processor. It has 14 cores that can be clocked up to the speed of 4.30 GHz. In addition to that, the Intel Core i9-7940X also has 28 threads. With such speed, you could get your stream to be on the same level as that of Ninja, given the right camera.

Click here to check price for the Intel core i9-7940X

If the first model seems a bit out of your range, you can try giving the Intel Core i7-8700K a chance, which is less expensive. This processor belongs to the arsenal of Shroud, who’s famous for streaming Fortnite, PUBG, and CS:GO on Twitch. Another reason why you should opt for this product is the fact that it has 6 cores / 12 threads with a maximum clocking speed of 4.7 GHz. With such processing power, dedicated streaming shouldn’t be an issue with this processor.

With a medium budget, you can get this beauty that offers 8 cores / 16 threads. In addition to that, its cores can be clocked up to the speed of 5.00 GHz, which is faster than the other two models discussed above. Tfue has the Intel Core i9-9900K processor as part of his dedicated PC setup so you can have a look at his Twitch channel to know more about its performance.

Buy it on Amazon here.

Obviously, you’d need a motherboard to mount your processor on. Before we begin, we need to consider only those motherboards that support the best processors.

If you’re planning to go for an 8th generation processor, this might be a good choice. Tfue combines the Intel Core i9-9900K processor with this motherboard, the MSI PRO Z370-A, to get the most out of his processor. Moreover, the MSI PRO comes with DDR 4 Technology, which enables the overclocking of processors.

Another optimal choice for 8th generation processors is the ASUS Maximus X Formula LGA1151. Through its 5-Way Optimization technology, users can get better experiences with overclocking and cooling. Speaking of cooling, the Maximus also supports custom water cooling. Shroud pairs this motherboard with the Intel Core i7-8700K processor.

Check it out here,

You’ll need a separate monitor for your dedicated PC build. Let me assist you in choosing the right one.

Although it is not necessary to get an expensive monitor for building a dedicated PC, it certainly won’t hurt to get one. This 25” Alienware AW2518H gaming monitor comes with an ultra-fast refresh rate and 1ms response time. So, if you also plan to game on your streaming PC, this could be a good choice. The ligma survivor, Ninja has this monitor as part of his equipment, so you know it’s legit.

As I suggested, you don’t have to invest a lot in monitors to build your streaming setup. Accordingly, ViewSonic has a 24” gaming monitor in the market, The ViewSonic VX2457-MHD, that is much cheaper than its Alienware competitor. Not only does it support 1080p Full HD resolution but also gets rid of image tearing through AMD FreeSync Technology. In addition to that, it does not compromise on refresh rate and response time either.

Once you’re done selecting all of these components, the next step is to decide how much RAM you need. Tfue uses G.Skill TridentZ RGB Series 16GB for his streaming PC, which will be more than enough. Now coming to the capture card, the Elgato Game Capture HD60 S should be fine if you’re going to stream in 1080p resolution. But, if you want to stream in 4K, we recommend the Elgato Game Capture 4K60 Pro. Check them out below.

It’s a growing trend amongst the best Twitch streamers to have dedicated PCs and it’s for a reason. When you have a single computer for both gaming and streaming, the processor is likely to get overloaded with tasks and the end result would be a laggy gameplay experience. Therefore, if you want to stream at the best resolution possible, this article entails how to do so.

With this, our journey comes to an end. VloggingHero really hopes that we were able to help you in building your dedicated streaming PC. 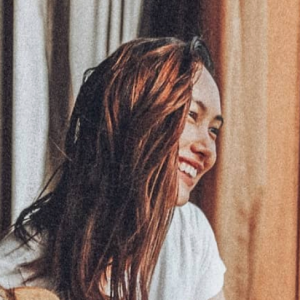