To Create or to Moderate: Streaming Videos are Creating the Hardworking Class of the Future

When thinking of it, the real value of streaming videos comes from the live insights of human behavior. But why do we crave for this insight?

When we were cavemen, we were copying the behavior of successful hunters or gatherers. Seemingly, it was a path to survival. It was because experienced cave dwellers bring abundance to the cave.

Of course, when too abundant, the distribution of wealth can also lead to conflict. Therefore, a proper balance of those who lead and those who support was important throughout history.

Nowadays, the influence of content creators as our new heroes and idols is evident. Even though most of the streaming videos hold no “survival” value, the hidden gem lies in “conditioning.” However, this raises the question if conditioning equals segregation to those who create and those who consume.

Furthermore, can this segregation create a new “working” class? Moreover, what will be the “hard work” in the future when A.I. and machines take most of the repetitive work?

Similar to the timeless feeling towards hunters that is bringing food to a cave, viewers now admire gaming experts at Twitch. On the other hand, people flock to the screen for the next shopping experience of a lifestyle influencer.

However, one can’t satisfy hunger if someone else ate. Therefore, it is hard to derive joy from the goods somebody else bought.

Still, people do derive joy from someone else’s deeds. And for the most part, this feeling comes from the habit of making heroes and idols. As heroes and idols differ, we can differentiate attitudes towards each.

By etymology, “hero” comes from Greek “heros,” meaning “warrior” or “protector.” On the other hand, “Idol” comes from old French “idole,” which means “an image of a deity as an object of worship.”

The differentiation formula is simple: if it brings value to you or society, we are talking about heroes. But if the mere appraisal brings value to the creators – we might consider them idols.

To summarize, heroes are those that bring us knowledge or gather us around the cause. Thus, heroes create benefits for ourselves or society. On the other hand, idols grow themselves, and social benefits are not so clear.

This difference was evident with platforms such as YouTube or Twitch. However, blockchain platforms are distributing wealth between content creators and viewers. Consequently, they are erasing the thin line between heroes and idols by providing value regardless of the content.

Since streaming videos are more personal, they give us an in-depth insight into people’s lives. Unlike edited content, we tend to trust this format more since it looks genuine. For this reason, streaming videos creators have a profound influence on viewers’ behavior.

Despite that, the real influence comes with the add-on that blockchain platform has – the reward. As it goes along with decentralization, the blockchain platforms started paying viewers, too. Unlike before, this new model introduced new interest groups.

First, brands are willing to pay a fraction of the product cost to product viewers. Sounds crazy but, if targeted right, streaming videos viewers can also be buyers or promoters. Thereby, it is easy to calculate it as a trade marketing cost.

Second, the government can promote appropriate values for its citizens. In spite of the data selling for elections hype, leaders are responsible for the citizen conduct. Regardless of the hidden motives, we will assume that social wellbeing is their only agenda.

Finally, as A.I. will soon take over the repetitive work, we can expect an impact on the job market. Similar to the labor division to those who produce and those who consume. For that reason, human labor will be either creation or moderation.

Sooner than we think, companies moderating Facebook and YouTube content will prove the abovementioned. In this manner, employees of these companies make a living from watching streaming videos.

Unfortunately, they don’t have any choice what to watch. For that reason, the moderating job is by no means desirable. It is because watching content is conditioning employees’ behavior, making it one of the hardest jobs in history.

The final effect of streaming videos conditioning will be the next division of labor. To clarify, this division doesn’t necessarily mean that one side will do all the work. Seemingly, creating a concept and getting the idea for streaming videos is hard work, too.

The new division of labor implies work itself will be different. First, we have content creators with their efforts and challenges. On the other side are assistants, editors, or any related operational profession.

Nowadays, support services of content rating and moderation are expanding. At hourly rates close to minimum wage, people are watching 200-400 videos per work shift. Although intense, it would be a dream job for some. But there is another catch.

Lack of choice and the content itself is what makes this job hard. It is because the content viewer is being forced to watch both appropriate and inappropriate content. The real trouble comes when some of the material causes PTSD-like symptoms.

As a result, employees of these companies eventually develop a variety of disorders. Sense of mistrust and conspiracy theories was so intense that some were bringing guns to the office.

Thereupon, the scene of men in the rice field depicting hard work is no longer valid. In the future, the real hard work lies in the areas we can’t understand.

Hardworking Class of the Future

Many believe that A.I. will take over all the efforts. However, an appraised sarcasm-recognition algorithm resulting in 80% accuracy proves that A.I. is in the infancy stage. Thereby, we can’t predict the moment when A.I. will be able to moderate the content.

Having this in mind, it is more likely that the exploitation of human work is ahead. On top of that, software for streaming videos moderation is accessible online. In that way, freelancers from an undeveloped country can operate it for $1 per hour.

Either way, the increased number of “moderators” will impact the job market, making these jobs even harder. For example, if the hour of reviewing videos is now $15, the market will make the price lower for streaming videos review. In that way, the employee that is watching 400 minutes per day will have to work more to earn his wage. Maybe to increase the focus and streaming video speed?

If the impact of 400 videos is causing mental disorders, it is apparent that we are pushing the boundaries. On top of that, no one spent a professional life watching videos. Thus, we cannot predict the health impact.

Anyway, and sooner than we think, most students will choose their career between – to create or to moderate. Considering the abovementioned, what would you suggest? 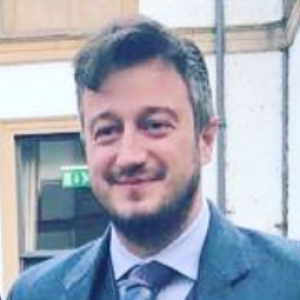