A pair of  spy glasses, are a handy accessory for vloggers and streamers. They make recording authentic moments easy and discreet. Camera glasses keep your hands free while recording, due to the camera being hidden into the glasses’ frame, and that means you can use them in many situations where a normal camera just doesn’t work.

Why are spy cameras good for vlogging?

Spy glasses are excellent for situations where you want no one to know that you’re shooting or when it isn’t practical to carry a camera in your hand or on your head.

When conducting social experiments or pranks, you want to document people’s real, unadjusted emotions and actions. People will act naturally only if they don’t know that they are being recorded, otherwise, they will adjust their behavior and act like they think they should.

These types of videos are getting more and more popular. To fully allow your audience to “get into your shoes”, it’s great to use a simple pair of spy glasses. While wearing them, you can move and do the usual things freely, as no cables are attached to you or your camera. Also, your hands will be free.

The unique position of the glasses gives your audience a view they would have if they were you, meaning your viewers will feel involved in your videos. The camera glasses will move as your head does, as opposed to the handheld or attached camera. The constant movement will make your streams and videos lively, and that’s what reality videos are all about.

If you’re playing sports, it is completely ineffective to constantly hold a camera or have one attached on your head. Due to the constant movement and contact with other players and objects, there is a big risk of your camera falling. Except that, depending on the sport, it is either difficult or impossible to keep a camera in your hand.

You will have to think about the angle and the frame you’re recording while playing, and the chances of your game or your recording suffering are high. Otherwise, you may need to use your hands to play – just imagine playing baseball or basketball while holding a camera!

Using spy glasses for sports is ideal as your head will automatically follow the important details (think: following the ball, looking at your opponents, looking around for your team), ensuring your audience a more immersive view.

If you consider buying yourself a pair of spy glasses, you will most likely become puzzled by a vast amount of available options. To help you pick the most suitable pair, we have made this list.

This is iVUE’s Rincon, the most advanced model yet. It features an adjustable camera, so you can fit the important things into the frame. The sporty sunglasses are IP55 rated and made from durable, rigid plastic.

The adjustable camera shoots in 8MP in 1080 @ 30fps or 720 @ 60fps. It has an angle of 110°, so you can fit much more into the frame without constantly panning. Reportedly, the dual microphones ensure the crystal-clear audio. Oh yes, you can also take some pictures, even in burst mode. This camera makes these glasses one of the best spy glasses.

The glasses connect to your phone via Wi-Fi, so you can easily adjust the video’s exposure and quality, but also save the hi-res videos to your phone.

Except for recording great videos, they protect from the sun thanks to the durable, polarized lens.

The great camera and wireless connectivity make this pair somewhat more expensive than the others.

Snapchat’s sunglasses, known as Spectacles, are the most popular camera sunglasses since their original release 2016. In 2018, the second version of the iconic sunglasses was released. They are characterized by easy use and sleek design.

The camera is suitable for HD photo and video taking. The camera is good for both photos and videos are too. You can shoot by pressing the only button, and by pressing and holding you can take a picture. Unfortunately, you can only take 10-second long videos, so technically you need to keep re-pressing the button to shoot longer.  While shooting, the ring around the camera lights up, so everyone around you knows that they are being recorded.

The sunglasses are water resistant, so they can be used in snow, rain and even in shallow water. The lenses are polarized and offer 100% UVA & UVB protection. The polarized lenses can be changed by a professional, so you can turn Spectacles into spy prescription glasses.

The frame is sleek and the camera itself is encased into it. They are nowhere near bulky and from a distance, they look like a pair of stylish sunglasses. They come in various colors and in three shapes.

The photos and videos are going to be exported to your phone (on your Snapchat) automatically via Wi-Fi.

The battery enables 70 videos being taken and exported to your phone on a single charge. Bear in mind that one video lasts 10 seconds, so you’re getting about 11 minutes and 40 seconds of video in a single charge.

These popular and cheap spy sun glasses made by Forestfish offer plenty of functions like answering phone calls, listening to music, and of course, taking Full HD photos and videos, making them one of the best kids spy glasses.

The Forestfish Camera Sunglasses are made of rigid plastic but are not impact or water resistant. However, the frame is well made and robust. They are fit from keeping harmful UV rays away from you, due to the polarized lenses that may be changed by the user with clear, orange or blue lenses.

Their camera shoots in Full HD and all your recording will be saved onto the built-in SD card. The provided card has a capacity of 16 GB, but the capacity can be expanded.

Apart from shooting videos and taking photos, you can listen to your favorite music and answer phone calls. The device is paired wirelessly via Bluetooth to your smartphone.

The sporty design and shock and water resistance will come in handy when recording, let’s say, while fishing or cycling, but they will also make you feel safer when using them because you won’t have to worry about getting caught in the rain or dropping them.

These sunglasses are polarized, which means your eyes are going to be protected while wearing. However, they may not be suitable for discreet indoor use, but the lenses are removable so you can switch the polarized ones for the prescription or clear ones.

The battery ensures about 1.5 hours of video, and in case that is not enough, the glasses can shoot while charging.

Now the most important component – the camera. It is stabilized and controlled with a simple button on the side. The camera has a 10MP sensor and shoots in 1080P, which means that no blurriness will be involved. The shooting angle is 110°.

The 10 MP sensor shoots great footage both in daylight and in dark, but unfortunately, it’s a video only camera and it’s not adjustable, so you may tilt your head up and down to record the most important objects.  The video is saved on an SD card.

OhO’s Sunshine Video Sunglasses are the world’s first waterproof camera sunglasses. Their sporty, durable design and their Full HD spy camera make them appeal to many.

They are ergonomic and IP66 rated, which means that you can enjoy all water sports while wearing them on. Of course, rain or sweat won’t affect these glasses. Except that, the frame and polarized lenses are impact resistant, so you’re being protected in all situations.

The camera is situated in the middle of the frame and may be visible from shorter distances. It shoots in Full HD and the information is stored on the built-in SD card. The video and the audio are clear and crisp.

You can shoot 1 hour of footage in a single charge, and it is possible to shoot while charging. That means you can plug in a power bank and keep on recording if you need to shoot more, which may be a bit of a hassle.

The device has one button conveniently hidden in the bottom of the frame, so operating should be easy.

Such a fancy gadget shouldn’t disappoint, that’s for sure.

The obvious winner in this list is the Forestfish Camera Sunglasses With Bluetooth Headset.

There are just so many things I love about these spy glasses.

Although the steel frame is made of excellent quality, it can get uncomfortable over time. It’s also worth mentioning that, at times, it can get a while to transfer a lot of videos all at once. So best do your uploads after recording a few videos.

As said before, hidden cameras are perfect for shooting videos where a normal camera wouldn’t get the job done. Look for yourselves, here are three videos in which the creators used hidden cameras to get the most out of their subjects.

Will They Cheat?! is a popular YouTube series. In every episode, dad secretly records his children or their relatives via a hidden camera. In this episode, dad put a pile of candy under a bucket. He told his kids’ cousins that there’s a prize under a bucket, and if they could guess what the prize was, they can keep the prize.

The prize under the bucket was Maltesers, ball-shaped chocolate candy which will roll away if the bucket was lifted. He left the kids alone a bit to see how they behave in such a situation. The kids were constantly recorded via hidden camera.

The kids’ reactions were priceless, their emotions ranged from curiosity to guilt, and I bet dad couldn’t record that if the camera wasn’t hidden. After that, he came to question the kids once again and ask them if they knew what was under the bucket, and if they did, he asked them how they knew it. Their answers were different, but everything was recorded on a simple hidden camera.

Social Spy Experiment: Would you walk past?

A social experiment was conducted. There was a child standing in the middle of one of Australia’s busiest shopping malls. The kid stood in place steadily and seemed sad and lost. A hidden camera was always recording the kid in order to see how many people would stop and help him/her.

Turns out, in 8 hours, only 21 people stepped in to help the lost kid. Undoubtedly, the results would’ve been much different if the camera was visible. In that case, people would care more and act like it’s expected from them, knowing that they are being recorded and potentially seen by other people in the future.

When using a hidden camera, people won’t think about their actions as much, and that’s why using spy cams is so important for videos where people’s nature should be recorded.

Spectacles. Made for Summer.

This promotional video for Spectacles shows you how many things you can do with a pair of spy glasses. Everything you record is going to appear livelier and more vibrant due to POV perspective- whether it’s dancing, swimming, walking…

Even though spectacles enable only 10-seconds-long videos, it is enough to make some memories. You can always use another pair of camera glasses to record longer, therefore catching more and having more footage you’ll later appreciate.

Check out our other camera articles 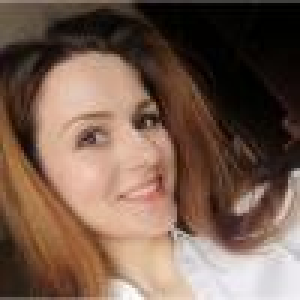