In the Future World of Smart Contracts, You Better be Smart

Unlike ‘smart contracts,’ nobody is a stranger to pen on paper and making a deal, hoping that the other party will stick to their word, well, relying on the honour system may be a thing of the past as Smart Contracts are set to change everything!

We face contracts from birth, all throughout our life. Any occasion like going to school, getting the first job, buying a car, real estate, getting married, has its contractual obligation. Just think of how many times you had to sign your name! It’s hard to imagine a “contractless” society.

As a result of the progress, we are witnesses to the rise of the new, improved ‘smart contract’ which will revolutionise the digital industry.

What are smart contracts and why is it an improvement compared to traditional ones? Beyond these, is the complete automatization possible in the long run? Finally, what will be the future of smart contracts, and there is one more that that will impact us, the introduction of A.I.

We are dealing with big changes all the time, new systems, new tech, and in the crypto-space there are even ‘cannabis related pot-coins‘ to adapt crypto for the legalisation.  This world has changed considerably, yet ‘contracts’ have remained similar for thousands of years. Contracts are lengthy and include serious paperwork.

As mentioned, most of these contracts between companies include the work of third parties. As the future of humanity seemingly lies in the decentralization, new models have emerged.

Smart contracts as an improvement

Nick Szabo, a legal scholar and cryptographer, envisioned the idea of “smart contracts,” back in 1994. Although its applications are enormous, the solution itself is quite simple. Since this solution was not suitable as a standalone, smart contracts needed a trigger to develop.

By all means, blockchain made possible a tech symbiosis of its kind. Finally, smart contracts became small computer programs that we can store in the blockchain. It is because blockchain seems to be ideal for enforcing the agreed-upon activities between parties. It is because of its decentralized, trustless system.

Therefore, benefits compared to traditional ones are as follows:

As obligations are inside the code, smart contracts opened a plethora of possibilities. Thereupon, a common belief is that the abovementioned improvements are just the beginning phase.

Nowadays, most improvements come from A.I. changing industries like medicine, transport, and production. This is exactly why it is the next technology applicable to smart contracts.

What is interesting is that smart contracts can enforce A.I. in an immutable action. Imagine, if the purpose of smart contracts is the simplification of processes, their automatization is the next logical step.

Machine learning needs data, and we are aware that we are in a collecting phase. However, the machine needs instruction as the purpose of gathering data. Thus, the group with an interest and power to deploy resources will start the first phase.

But who will have an interest in the automatization of the smart contracts?

Since citizenship is nothing but a contract with the state, by your birth, you inherit the contractual obligations of your parents. Only a few countries still have “right of the soil,” whereas whoever is born on their land can claim its citizenship. However, modern states tend to control their citizens as a measure of keeping or improving the existing society.

As a result of your citizenship, you will follow the acts and procedures of your state. Living in a specific system by obeying the rules of the contract with the state will determine your future actions.

Unlike strict acts, A.I. has better means of influencing behavior. Since the moment of your birth, A.I. can enforce the agreement with the state. We can easily imagine a reward-based system where specific action will unlock the perks. Or even doors!

For example, it would be impossible for your child to go to school without going through pre-school education. Imagine watching tons of video on professor authority as a prerequisite of entering the school building.

Nowadays, this model exists only in blockchain-enabled platforms for video streaming. It is because of their model of paying to the viewers besides content creators. Does this mean that the reward-based system will motivate the proper behavior?

Well, smart contracts can make these acts obligatory. In the future, our actions will be even more traceable. As our self-phones are following our routine, their input could determine whether the smart contract will execute or not.

When we think of it, written agreements come up as the solution to the problem of improving trade and financial transactions. In times, they become the foundation of the legal system. Nowadays, a new model of contracts makes legal and banking services dispensable.

Like the blockchain waiting for worldwide recognition, smart contracts are still not dominant. Furthermore, it is hard to predict what would be their A.I. driven future. Less likely, the timing of the complete change is any time soon. However, a possible scenario is a combination of traditional and smart contracts.

Nonetheless, the change will come, and the finite solution will be what A.I. will recommend. To support better, A.I. will need a lot of data.

Does this mean that our score on I.Q. tests or social media activity will determine whether some smart doors will unlock? Not long ago, any citizen in the pre-election U.S. generated 5.000 of comparable data points. Using this data for targeting is evidence of how shocking the impact of A.I. can be in the future society.

As a consequence of our data available online, someone knows our potential better than ourselves. In the future world of smart contracts, you better be smart. 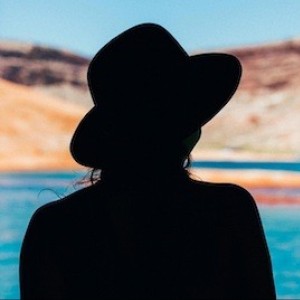